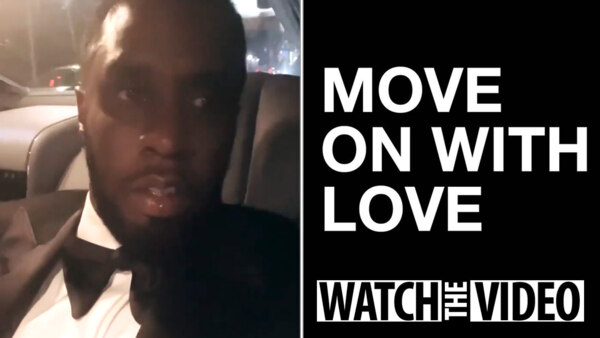 RAPPER P Diddy, also known as Sean Combs, revealed if Will Smith and Chris Rock had made up since the actor’s assault on the comic after he joked about Jada Pinkett Smith’s alopecia.

Puff Daddy mentioned if the two had patched things up at the Vanity Fair Oscars party.

During the Oscars, the King Richard actor stormed the stage and struck the stand-up comedian with a right hook.

After the Lethal Weapon 4 actor presented the award for Best Documentary, the Made star went up to the mic and addressed the situation.

Before presenting, Sean went off-script and said: “Okay, Will and Chris, we’re going to solve that like family at the Gold Party.

“Okay? But right now, we are moving on with love.”

The Monster’s Ball actor apparently solved the situation “at the Gold Party.”

The Get Him To The Greek actor revealed: “That’s not a problem. That’s over. I can confirm that.”

The rapper added that the relationship between the two movie stars is “all love.”

Sean mentioned that the two are “brothers.”

During the Oscars, the Madagascar voice actor made a poorly-received joke about Jada’s hair loss.

Demi Moore had shaved her head for her military role in the 1997 drama, G.I. Jane.

Jada, 50, has been struggling with hair loss for years, which is why she decided to shave it all off.

The Ali actor took offense at the joke and slapped the comic.

After the confrontation, Chris appeared to be in shock and said: “Will Smith just smacked the s**t out of me.”

Will yelled back at the Everybody Hates Chris actor: “Leave my wife’s name out of your f***ing mouth.”

The Pursuit of Happyness actor went back on stage to accept the Best Actor award.

He was in tears when during his acceptance speech.

Will explained himself: “Richard Williams was a fierce defender of his family.” as he dedicated his award to Venus and Serena Williams’ father.

He went on: “I want to apologize to the Academy.

“I want to apologize to all my fellow nominees.”

“Art imitates life. I look like the crazy father, just like what they said about Richard Williams.

He concluded: “But love will make you do crazy things.”

Will hoped to be invited back by the Academy, even though he failed to apologize to the comedian.