Most Common Sleep Disorders to Exist

How to Know When Alternative Medicine is Right for You

Around half a million overweight adults have taken part in the slimming scheme since it was launched in 2016.

With the average successful participant shedding half a stone [3.3kg], experts now estimate it has prevented 18,000 fresh cases of type 2 diabetes.

Manchester University analysis reveals there was a seven per cent drop in the number of new diagnoses of the disease in England between 2018 and 2019.

It is delivered by a range of providers that includes WeightWatchers and Living Well Taking Control. 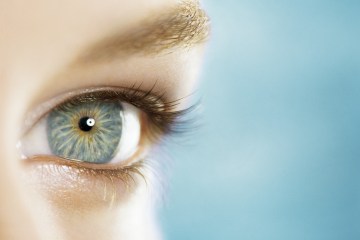 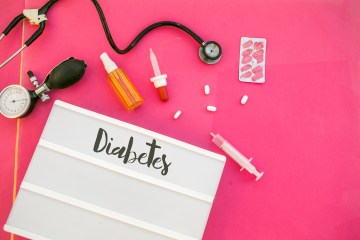 Researchers found participants who completed the nine month courses slashed their chances of developing type 2 diabetes by 37 per cent.

NHS bosses plan to enrol 200,000 people a year to the Diabetes Prevention Programme, as they seek to tackle rising obesity rates.

Type 2 diabetes occurs when the body loses the ability to process sugar, mainly as a result of weight gain and poor lifestyle.

More than four million Brits are affected by the condition, which costs the NHS around £10 billion annually to treat.

NHS National Clinical Director for Diabetes and Obesity, Professor Jonathan Valabhji, said: “The evidence is now clear – the NHS is preventing type 2 diabetes and is helping thousands of people to lead healthier lives.”

“However, if you change your lifestyle, the risk of developing type 2 diabetes reduces. Our research has shown that the Diabetes Prevention Programme has been successful in reducing the number of new cases of diabetes.”

Emma Elvin, from Diabetes UK, said: “This research adds to the evidence that many type 2 diabetes cases can be delayed or prevented with the right support and further highlights how the NHS Diabetes Prevention Programme can be a real turning point for people at risk of type 2 diabetes.”

Earlier this year we told how diabetics were issued an urgent warning, as experts fear they are at risk of limb amputations.

Doctors are now seeing more wounds in people with diabetes, who may have missed vital health checks in the pandemic.

Either patients weren’t able to get the right help during lockdowns, or they didn’t go to doctors as they tried to stay away from the NHS.

But experts have said it is “enormously worrying”, as diabetics who are behind on their appointments risk losing their sight or limbs.

The checks are vital to make sure feet of clear of wounds, any wounds are properly treated and blood sugar levels are balanced.

Do you have a story for The Sun news desk?

Most Common Sleep Disorders to Exist

Sleep disorder, be it any, is a condition that negatively impacts one's sleeping pattern, quality, and timings. This leads to the inability to function actively and properly during...

How to Know When Alternative Medicine is Right for You

Alternative medicine is more than just a fad. It’s a medical treatment that has proven the test of time. It’s much older than pharmaceuticals and modern medicine. Most...

NexTech EMR or NextGen EHR: Which is The Key to Patient Satisfaction

Deep down, all care providers have one aim in mind, to score potential returns. In this context, retaining patients is the best strategy they have. And to fulfill...

Addiction is compulsive, patterned use of a substance or activity that persists despite adverse consequences. The term "addiction" is often used interchangeably with the terms "compulsive behavior" and...

TWO SSI payments worth $1,682 to be sent out next month – see if you can apply